I Guess My Dad is NOT The Stig …

The Media Law Case of the Week involves a secret identity and international intrigue.

Fans of the BBC‘s “Top Gear” show have been wondering for years who The Stig is. The Stig races cars on the popular British show that showcases and tests automobiles in a variety of unique and humorous ways. The Stig is covered from head to toe, including a visored helmet.

So who is The Stig? Check it out here.

I guess it’s not my dad after all … 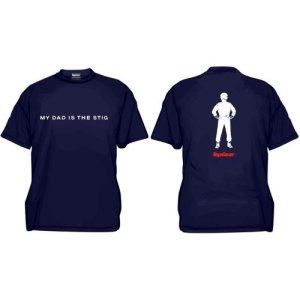 This entry was posted in Media Law Case of the Week and tagged BBC, injunction, publisher, Stig, Top Gear. Bookmark the permalink.